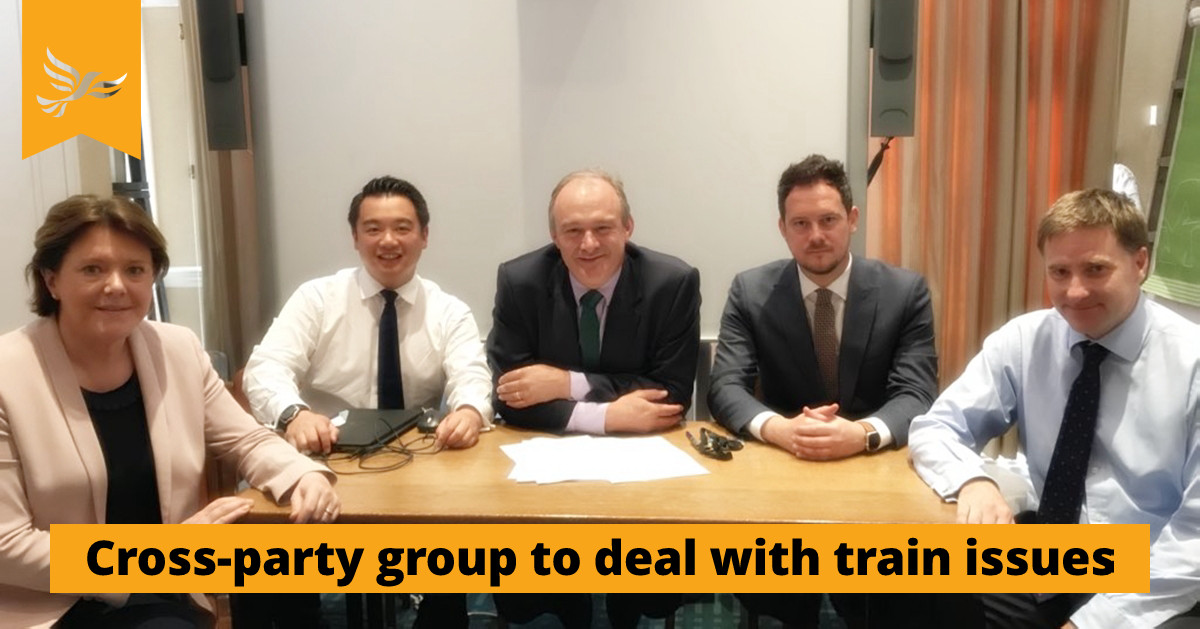 Following a meeting earlier this year involving local MP Ed Davey, South Western Railway and Network Rail at their Basingstoke HQ in April (details of that meeting can be found here),  Ed has set up a group of cross-party MPs for the Wessex Railway Region in Parliament.


They held their Inaugural Meeting at the beginning of June. The aim of the group is to hold SWR to account and to understand and lobby for investments needed in the railway to improve the service provided to commuters.

Ed Davey added, “Following the unacceptable service from SWR over the first two weeks of June, resulting in hundreds of commuters being stranded in Waterloo (myself included!), I have called for an urgent meeting of the group in July.”

“At this urgent meeting we will be joined by SWR and Network Rail. I also hope that later this summer, we will be joined by Sir Michael Holden, who is currently carrying out an independent inquiry of the franchise, due to its ‘disappointing performance’ since it took over from South West Trains last August."

Local MP Ed Davey has set up a commuter mailing list to keep residents up to date with the work he is doing. If you would like to join, follow the link here: https://www.eddavey.org/commuters