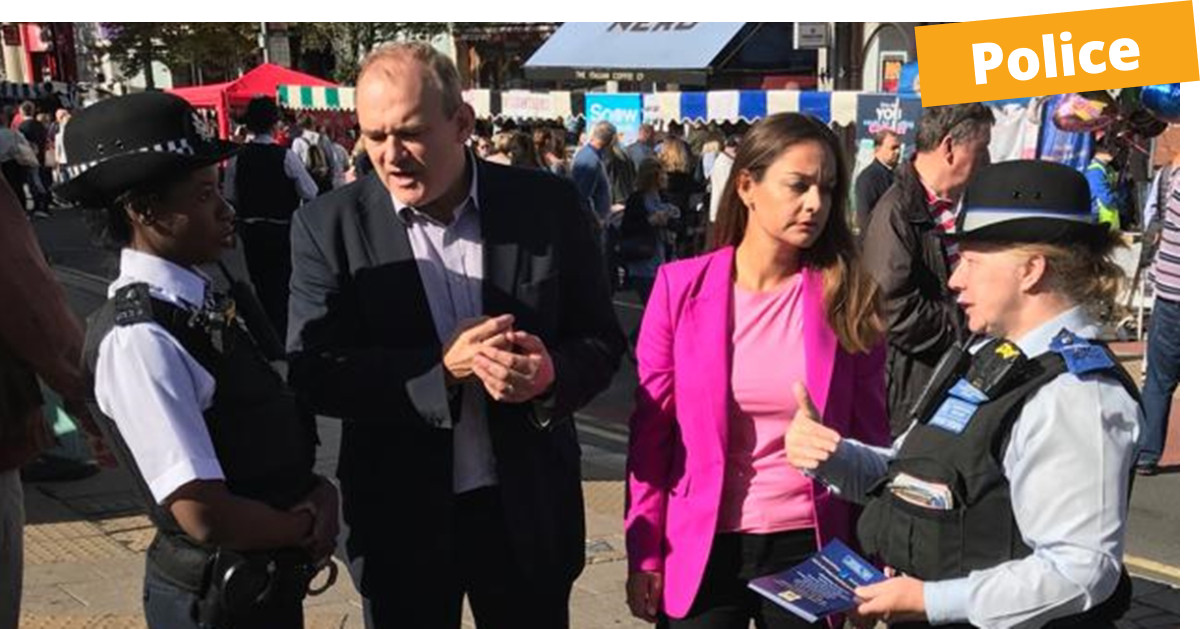 Siobhan Benita is the Lib Dem candidate for London Mayor, and is campaigning with me for more police for Kingston.

Siobhan is a New Malden resident, and joined me last year.
While my campaign for more police funding may at last be seeing success, I remain concerned about crime locally and across London.

Conservative police-cuts have contributed to a rise in violent crime nationally and locally there’s been a worrying rise in burglaries, violent crime and anti-social behaviour.

Ministers don’t understand they must improve police pay to get the extra oﬃcers we need. The Met Police, including Kingston, have had problems ﬁlling vacancies — so promises of more police aren’t credible unless there’s a better deal for existing oﬃcers and recruits.