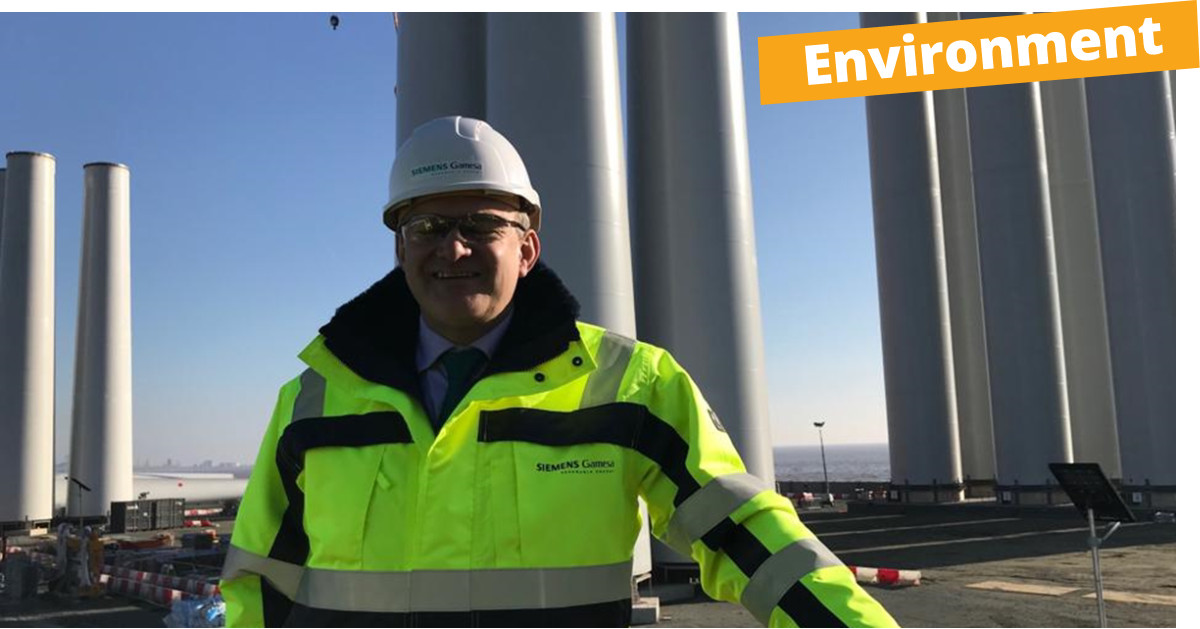 Campaigning for action on climate change is key to my national work.

Climate change remains a major campaign priority for me — after my time as Secretary of State for Energy and Climate Change, when I nearly quadrupled Britain’s renewable power. I visited the turbine blade factory in Kingston-upon-Hull, my decision to invest in offshore wind led to the factory being built, creating 1,000 green jobs.

Last year, I spoke out in Parliament against the Conservatives’ ban on onshore wind power. I also led criticism of their failure to proceed with the plans I had developed in Government for new tidal lagoons, to harness Britain’s world-beating tidal energies.

[Picture: Ed climbing up to the top of a wind turbine. “Takes some energy!”]