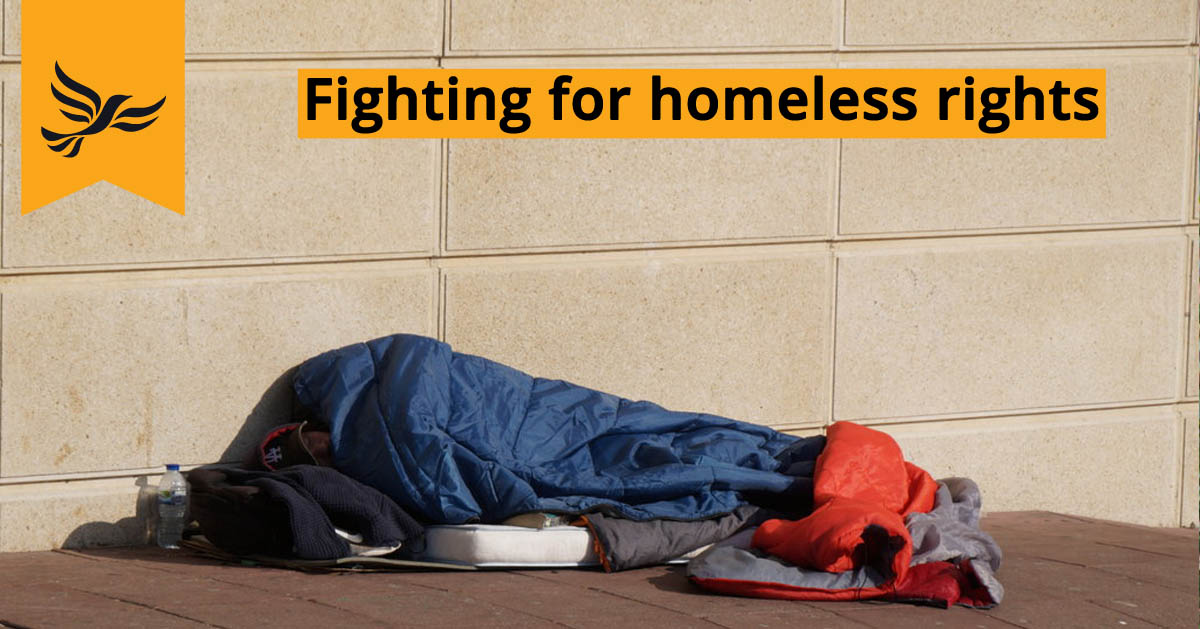 Since presenting his Homelessness (End of Life Care) Bill in the House of Commons in February, Ed has been working tirelessly behind the scenes to influence the government to take his campaign on further.

His aim: to change the law so that terminally ill homeless people have the right to appropriate housing and care at the end of their life.

Taking advice and guidance from amazing organisations including Pathway, St Mungo’s, Hospice UK and Shelter, Ed drafted a Bill which would stop the most vulnerable people in our society from falling through the cracks of local housing and social service departments, and the NHS.

While Ed believes the campaign has some way to go, he is heartened that Ministers have shaped the recently announced Rough Sleeping Strategy to take account of his argument, and have included a pilot scheme to house the most vulnerable homeless people in society.

Local MP, Ed Davey, added, “I’m pleased this work has had an impact on the Rough Sleeping Strategy, but this can only be a small start.

“A specific change in the law is needed to make sure that terminally ill homeless people have a legal right to appropriate housing, healthcare and support that they so desperately need in the last few days, weeks and months of their lives.”

In July, Ed published the full details of my proposed new law. You can read more about it here