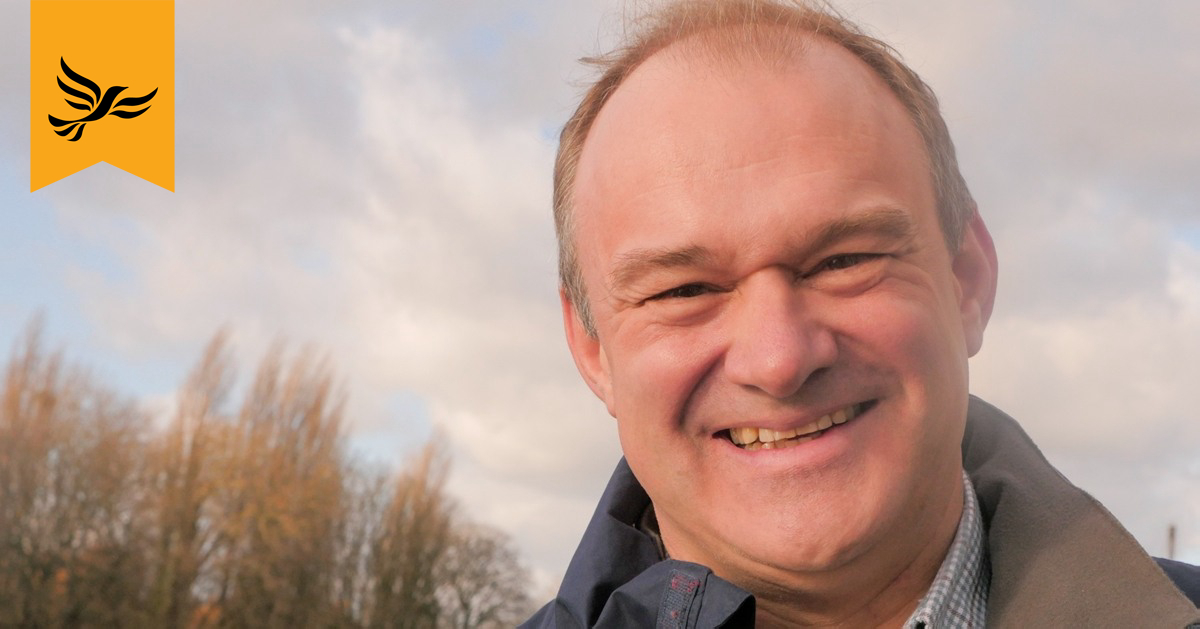 Local MP Ed Davey has welcomed news that the Government may u-turn on its decision to take blue badges away from people with non-physical disabilities in a new consultation.

Ed has been campaigning hard for people with non-physical disabilities to be able to keep their blue badges which are an absolute lifeline for them and their carers. He led the charge in Parliament by tabling a parliamentary motion back in October and writing to the Minister to urge the Government to think again.

“A constituent first alerted me to the fact that Blue Badges were being taken away from people with non-physical disabilities at one of my advice surgeries. I knew her son, and the challenges not having a blue badge would mean for them.

“Me and my team looked into the issue and it became apparent that Conservative Ministers had quietly tried to remove this right even while the Scottish and Welsh Governments were keeping it.

“Our digging also showed that pressure groups from the National Autistic Society through to Mencap, the Downs Syndrome Association and Disability Rights UK had already been raising it - though little had been done in Parliament.

“I launched my campaign back in October and I am pleased to see that that Government are considering changing their minds through this consultation.

“I will be monitoring what Ministers eventually say, working with the National Autistic Society and others - and I'd urge anyone who hasn't joined in the campaign to get on board fast - as it does look like we are winning and could force a U-turn.