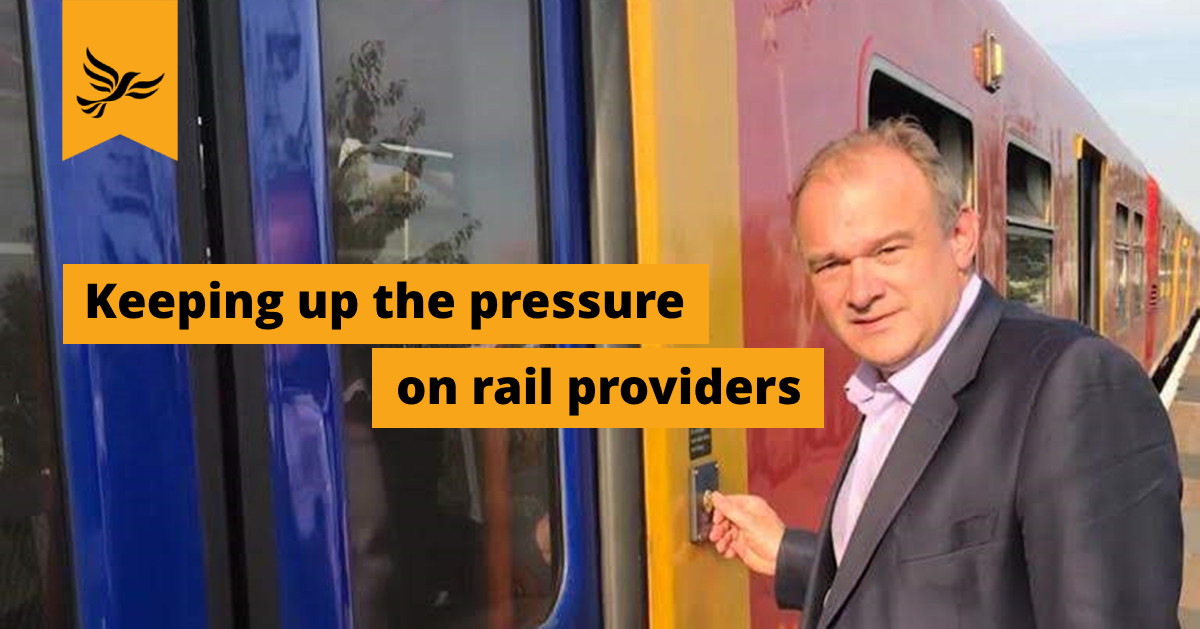 Overrunning engineering works on Monday morning saw the closure of Surbiton station and badly affected many other routes into London Waterloo.

“Like many commuters in Kingston and Surbiton I have been affected by the huge disruption of rail services this week — even more so than usual.

Like me, you have probably lost patience with the excuses of SWR and Network Rail — and the failure of the Conservative Transport Minister, Chris Grayling, to act.

But we have to keep the pressure on. So when I heard about Monday’s disruption, I immediately demanded an explanation from Network Rail, whose overrunning engineering work caused it. Although you can read their reply to me here, I’m afraid that once again it is heavy on excuses, but light on solutions to prevent similar disruptions happening again.

The Government need to get a grip on the state of our railways.

I hope to publish by the end of the year, a report from the Cross Party Group of MPs I set up earlier this year, with recommendations for action. In addition to the damning report of Sir Michael Holden and the Office of Road & Rail earlier this Autumn, we have been listening to other experts.

Frankly, I am shocked by the level of incompetence we have uncovered, over a number of years.

Rail services are simply not up to the standard our communities deserve, and as your MP I’m demanding better for commuters in Kingston and Surbiton.”