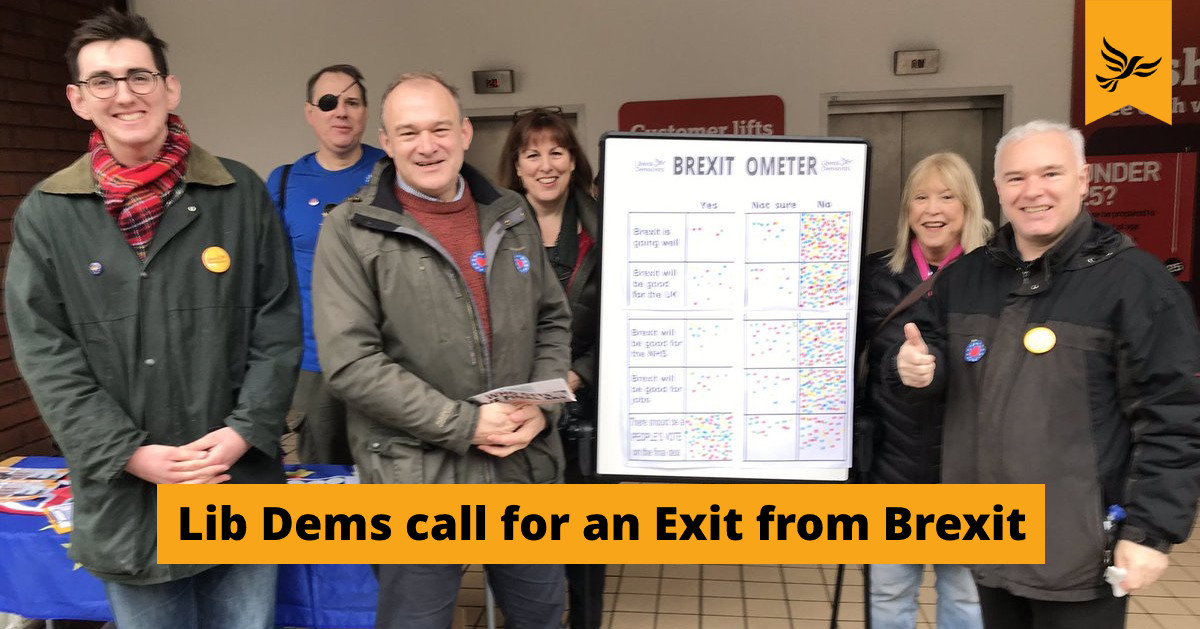 Local Liberal Democrats were out in force on Saturday asking residents in Kingston and Surbiton for their thoughts on Brexit.

An overwhelming majority of people thought that Brexit is going badly and that a People’s Vote is the next best step to decide the UK’s future relationship with the EU.

Local MP Ed Davey said, “The people of Kingston and Surbiton have spoken. People are now demanding a People’s Vote.”

“The Liberal Democrats are the only party fighting to give the people the final-say on the deal, with the option to stay in the EU.”

Attention now turns to Parliament as MPs vote on Theresa May’s Brexit deal. If you support an EXIT from BREXIT, and for people to have a final say on the Brexit deal,