Road Safety for all 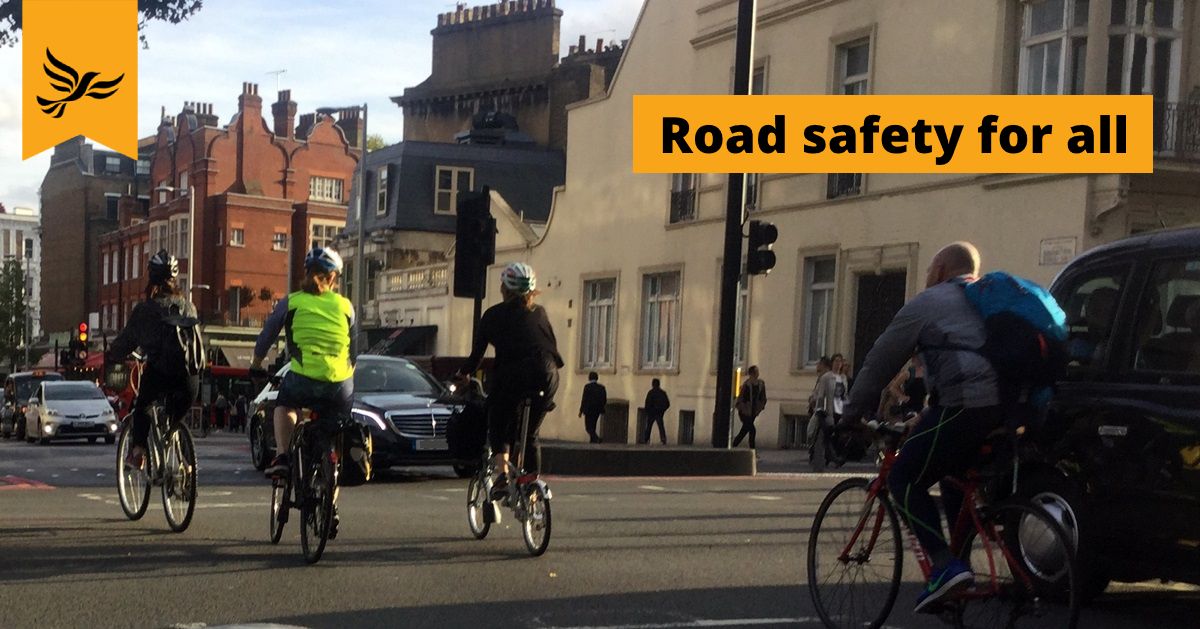 Local MP Ed Davey has studied the case made by Kingston residents, and responded to the growing feeling that the narrow remit of the Government’s road safety policy must urgently be widened.

Recently, Ed contacted Transport Minister, Jesse Norman, and called on him to broaden the remit of the current review of cycling offences, to cover other road traffic offences and penalties.

Ed said, “While we should review this issue in relation to cycling, the much bigger concern is road safety and traffic offences related to motorists, and these laws and punishments are themselves overdue for reform.”

“The case for widening the remit should be a strong one. That would deliver on a promise to do this made four years ago, and ensure all road users and all road safety issues could be considered together and not in isolation.”

The Liberal Democrats were the first UK political party to adopt the recommendations of the 'Get Britain Cycling' report as official party policy.

“I should add, for the avoidance of doubt, I and my party are not against a change in the law on dangerous cycling. Recent incidents, such as the Kim Briggs case, suggest the need for an update; though, we do need to make sure we get this right.”

“Tackling dangerous cycling is a small part of the much wider challenge of improving road safety, and Ministers might have been better advised to have also considered the safety of cyclists.”

He adds, “I will work with other colleagues to try to persuade Ministers to widen the remit of this narrow review as Kingston residents propose.”